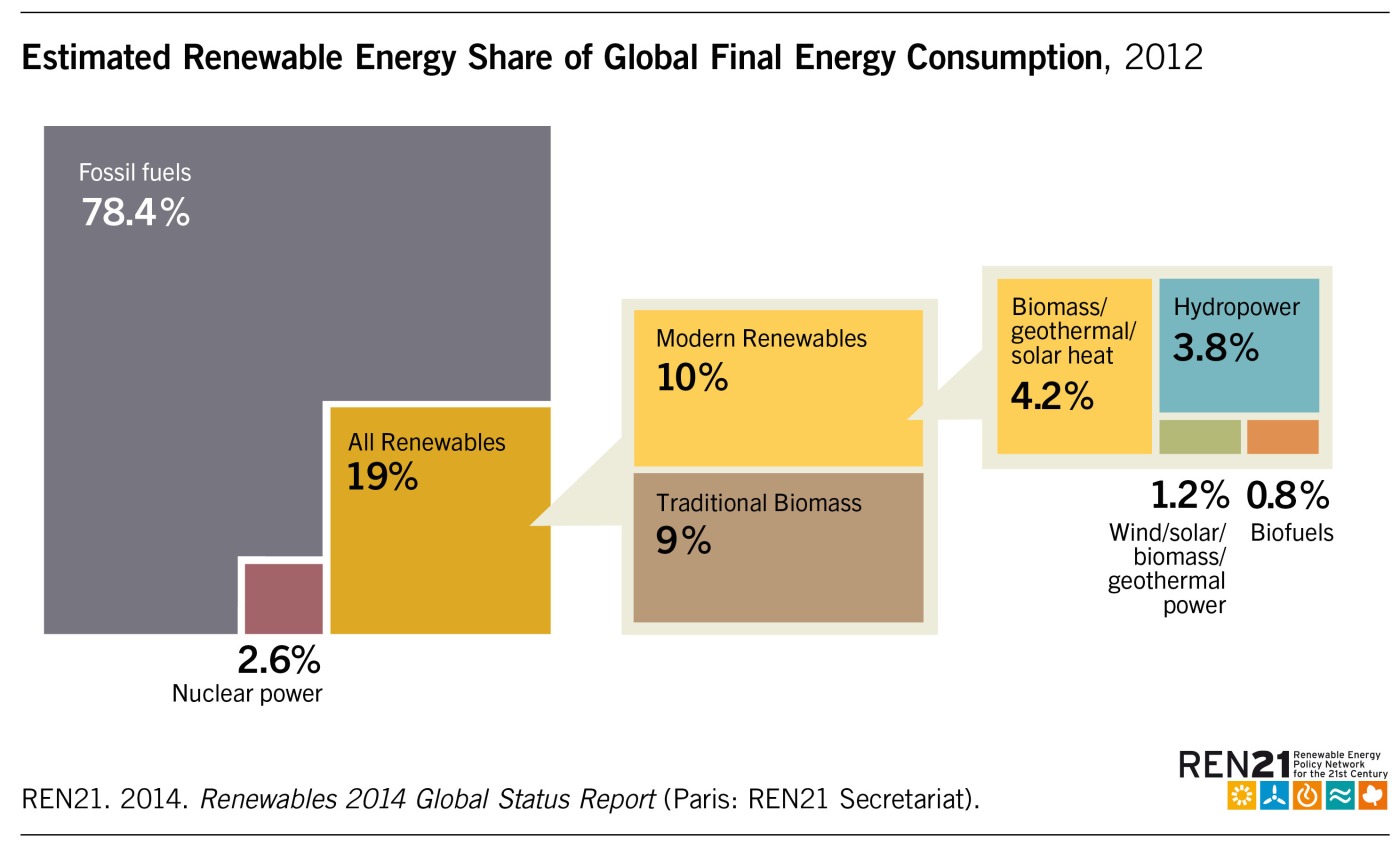 Paris.- What will it take for the world to shift to a sustainable economy? Christine Lins, Executive Secretary of REN21, was the right person to shed some light on the issue. Especially since she was just back from a workshop at the German Museum of Munich, which is planning a major exhibition on energy transition for 2016 –reflecting how advanced Germany is on this dimension.

Many factors make it imperative to drastically increase the share of renewable energies, namely: the increased risks of climate change if we don’t cut CO2 emissions; pollution and its impact on health (Journalist Chai Jing’s documentary is a stark example); and the fact that our economy is currently based on a finite resource.

This is not mankind’s first energy transition. In fact, we started off with renewables, moved into coal, then oil, to some extent nuclear and now we need to close the circle and move back to renewables. Why did these changes take place? Coal had been known for a long time, but it didn’t become a main source of energy until the industrial revolution in England, which was accompanied by a sharp population increase. Deemed dirty, coal was first used by the poorest. Once king James VI of Scotland started using it, coal became fashionable. Oil was first used as substitute of whale oil for lightening purposes, becoming dominant with the advent of the automotive industry (read more on “how oil became king”). Nuclear has become an important source in countries like France or Japan, but globally it only represents 2.6% of final energy consumption. We are now witnessing a strong move towards renewable energies with a 7-fold increase of modern renewable electric capacity within the last decade, although heating and cooling and transportation are still lagging behind. 2014 was the first year in the last 40 years where the world’s economy was growing and at the same time CO2 emissions decreased, mainly due to deployment of renewables and energy efficiency in China and elsewhere. There is hope! 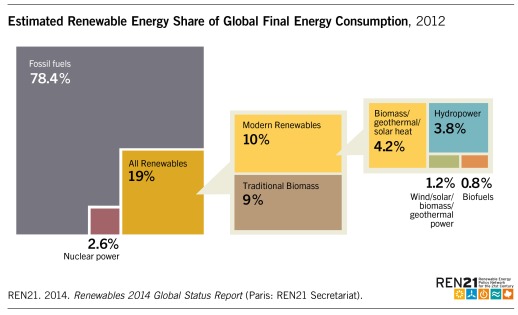 Several hurdles were holding back renewables: the cost and the grid. But the trend is changing. The cost of solar photovoltaic decreased by 97% in the past 30 years. Large energy corporations are starting to get more seriously involved in the sector of renewable energies –less as green washing and more for the need of diversification and the increased profitability prospects. On the other hand, the higher the share of renewables and given the variability, the more difficult it is to manage the grid.

Governments play a key role, especially when it comes to policies and regulation (e.g. pushing for nuclear energy), and investments (e.g. building electric networks). The drivers that move each government are also different. OECD countries have ageing capacity and need to replace plants. Non-OECD countries need to address lack of access. But individuals matter too. Energy efficiency and changes in consumption depend on the decisions of each household. In the short term, a mix of natural gas and renewables can be the solution. But gas is nevertheless a fossil fuel. In the long term we could see only renewables, especially with the development of new technologies.